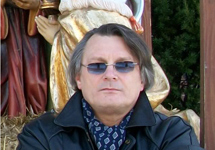 MOSCOW (Reuters) - Russian Foreign Minister Sergei Lavrov and U.S. Secretary of State John Kerry agreed on Saturday that both countries will use their influence on the two sides of the Ukraine conflict to end hostilities, Russia's Foreign Ministry said in a statement.

The parties also agreed that all evidence from the downed Malaysian airplane, including flight recorders, should be made available for international investigation and that experts should be given access to work on the site.

"(They) agreed on the main - it is necessary to ensure an absolutely unbiased, independent and open international investigation of the Malaysian airliner crash in eastern Ukraine on July 17," the ministry said of the telephone call between Kerry and Lavrov.

The International Civil Aviation Organization (ICAO) should play a leading role in the investigation, it said.

Kerry and Lavrov said that all sides should continue to work toward the goals outlined on April 17 in Geneva aimed at ending hostilities and launching a transparent settlement process involving all Ukrainian regions.

"Lavrov and Kerry have agreed to use the influence of Russia and the United States on the opposing Ukrainian sides in order to encourage them to move in that direction," the ministry said.

"It was stressed that the conflict in Ukraine has no military solution and can only be resolved peacefully through the elaboration of a national consensus," it said.